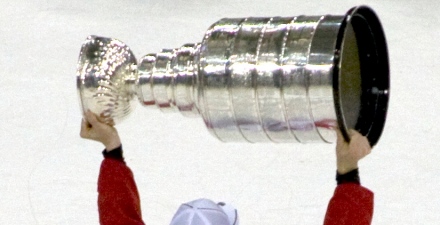 I’ve spent most of this week coordinating a full-page preview for this week’s Griffin Newspaper, which can be found here as well as in this week’s issue.

Those picks were done by my sports writing team. Here are my selections:

Two upsets, one sweep. Wanted one lower seed to advance on each side, and I thought Phoenix has the best shot in the West after taking Detroit to Game Seven last year.

Chicago limped into the playoffs, losing win-and-in game number 82 and only getting in because Dallas lost too. If you can’t get up for that game and grind out a W, you deserve to get swept.

I’m really not worried for the Sabres. It’s an interesting feeling that I want to write more about tomorrow, but there’s a weird sense of “we got this” in town. We were a seven-seed when we went to the finals in 1999…..