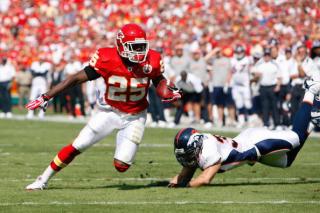 It’s Always Game Seven is back for another season of NFL picks, using the same lines that appear in the Buffalo News every Friday during the NFL season.

Last year was the first time I ever picked games against the spread, and hopefully I start off better this season than I did last year.

The Bills are plus-6 at Kansas City. Let’s not forget the Chiefs were a playoff team last year and the Bills are notoriously slow starters. Jamaal Charles will be a good litmus test for the Bills run defense. I’m taking Kansas City.

There’s my picks. I also picked playoff teams and postseason awards. It’s important to note that after making your picks, you feel like you made every correct pick without a doubt. After the games, you can’t believe you ever thought your team would have beaten the other. Such is life.

I didn’t have a clear-cut best bet this week, but I figured I’d go with Tennessee. Not sold on Matt Hassleback or Chris Johnson’s recovery, but I don’t have any faith in a team that just released its starting quarterback a week before the season.